by Professor Hugo Nibble During the ministry of Jesus and his twelve Apostles. Judas Iscariot was appointed by Andrew to serve as treasurer for the ministry.  Until his crucifixion eve betrayal of Jesus, Judas reportedly fulfilled his responsibilities with competence and honor. He was the best educated of the twelve and a shrewd administrator.  After his betrayal the apostles lacked someone with Judas business savvy. Could the loss of this financially astute apostle been the causative factor in what Mormons believe to be the loss of the original ancient church of Christ on earth? The Mormon Prophet Joseph Smith is celebrated as the vessel through whom the Lord restored his church in 1830.. Had Judas not betrayed Jesus and maintained his role as Apostle financial administrator it could have set a precedence enabling the expansion of the original church to the present day?  Today's "restored" Church Of Jesus Christ of Latter-Day Saints boasts twelve professionally accomplished apostles with degrees in business, finance, and law. No carpenters or fishermen in this twelve! It's no wonder that the accomplishments of today's professional Apostle administrators  outshines their spiritually distracted ancient counterparts. Restored church assets now total 31.9 Billion dollars! As the Lord reportedly revealed through the Prophet Joseph Smith, all other denominations have "abominable creeds" and "corrupt ministers." Their financial  holdings are also lacking. The closest Protestant contender, the Southern Baptist Convention, boasts only 20 Million in assets. The Catholic Church does better clocking in at 7.1 Billion, less than one quarter of the  31.9 Billion held by the 'restored church.'  The truth will financially set you free!! If the restored church is to prevail, apostles and prophets with the business and financial acumen of Judas must be in charge! It would appear the Lord agrees. Of course carpenters and fishermen are still needed to pass the sacrament, serve as fishing and carpenter merit badge counselors, keep the chapels  sparkly, and most importantly ‘follow the brethren.’ While the rank and file put their shoulders to the wheel and their checks in tithing envelopes, professional Apostles administer the church's financial affairs, plugging costly fiscal holes and apostate leaks whenever and wherever they occur. Comparing the unprofessional apostolic spiritualism of the original church with the business pragmatism of the restored church is impressive, and a recognition of the Lord's willingness  to correct a mistake. He also knows that leaders draped in long robes with long hair, beards and head scarfs would not inspire confidence among the members of a restored latter day church,. 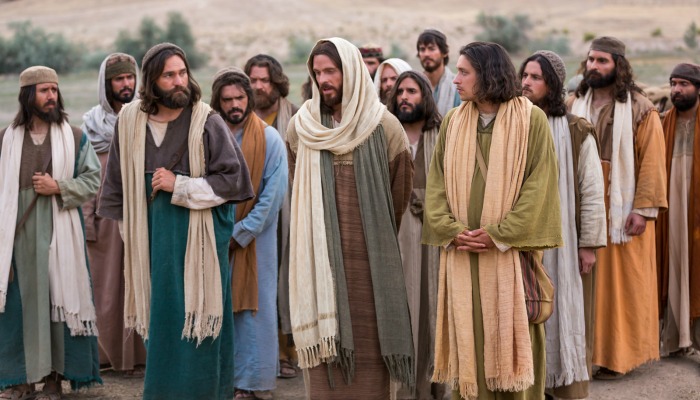 The original twelve had but one fiscal manager, Judas Iscariot, who jumped ship crucifixion eve. Compare the Apostle picture of the original church with that of the restored church  and you'll begin to understand why the ancient twelve didn't fiscally perform as well as the latter-day twelve. While the ancients were competent in their respective  trades, they were not prepared to make the kind of inspired business decisions resulting  in a 31.9 billion dollar church financial portfolio!! 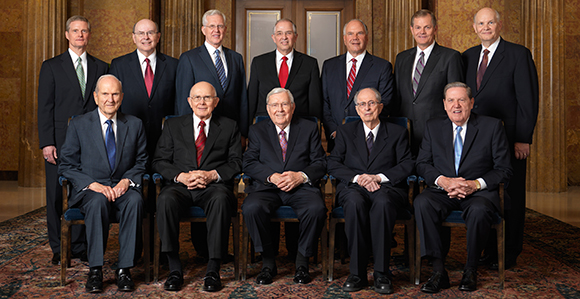 The Apostles of the restored church have twelve times the (Judas) financial competence of  the original twelve Apostles, holding professional degrees in business, law, and finance. It should also be noted, as revealed, that unlike other churches, their creeds are NOT an "abomination" and their ministers NOT "corrupt."

Of course professional governance alone doesn't account for the success of the  "restored church." Regular hair cuts, Armani suits, and sleeping under blankets instead of wearing them inspires trust and confidence in the pronouncements of these latter day  Apostles during world wide church conferences conducted in a tabernacle with  amazing reverb acoustics!.                       Judas Iscario

"Had I not screwed up there would have been no need for a church restoration!". "All that grief for 20 measly pieces of silver, and the church is now worth Billions!" "I'll Be Damned!"